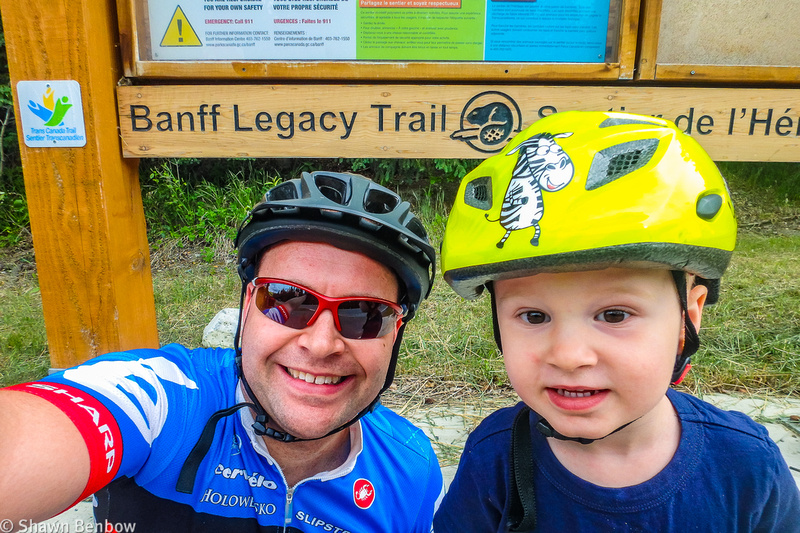 Shawn and James at the west end of the Legacy Trail on the edge of the Banff townsite.When we got to the end of the trail (about 22 kilometres), we stopped and got off the bike for a break and to have a snack.


After Jenn, Shawn, and James took Walter on his first two hikes to the Barrier Lake Lookout (shawnbenbow.ca/barrierlake2016) and Troll Falls (shawnbenbow.ca/trollfalls2016) that morning, we drove back to Canmore for the afternoon. It was still a beautiful day so James helped Shawn ready the bike and Chariot to go for a ride. James couldn’t wait, so he started putting water bottles and the GPS on the bike, and kept handing Shawn his helmet, sunglasses, gloves, etc.

After a couple kilometres on local roads in Canmore, we reached the start of the Legacy Trail near the Canmore Visitor’s Centre on Bow Valley Trail (Highway 1A). The Legacy Trail is a fantastic ride from Canmore to Banff with only a couple road crossings in over 20 kilometres. It’s a bit noisy riding near the highway, but that’s easily overlooked when the scenery is so great and you don’t have to worry about having any cars beside you.

We had a wicked headwind from the west as we rode to Banff. It might not have been quite so bad if Shawn wasn’t pulling the Chariot, but it acted like a large bucket - scooping up the wind as we rode west! We were definitely slow on the way out.

In the Banff Townsite, the trail ends abruptly just before the urban area. We stopped at the trail kiosk to have a bite to eat and to let James walk around for a few minutes.

We got back on the bike and started our trip back to Canmore. There’s a trail connection under a bridge on the Trans-Canada Highway to the Cascade Ponds near Lake Minnewanka. We took this short sidetrip to see the ponds, which seemed mostly dry. We did however see a groundsquirrel near the trail.

As we continued back to Canmore, the wind was at our backs and we went fast! It was much better to have the headwind for the first half and at our backs for the second half, as it made the return trip much more enjoyable!

The next day we met Andrew and went to Johnston Lake and Bankhead. 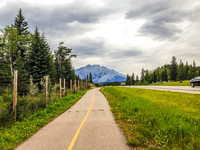 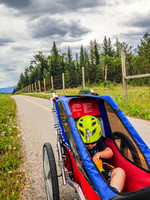 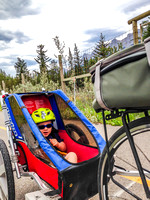 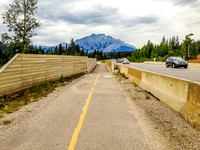 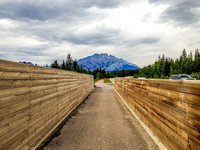 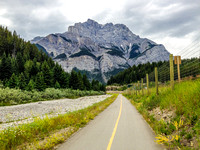 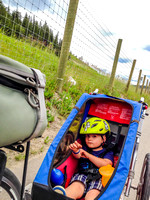