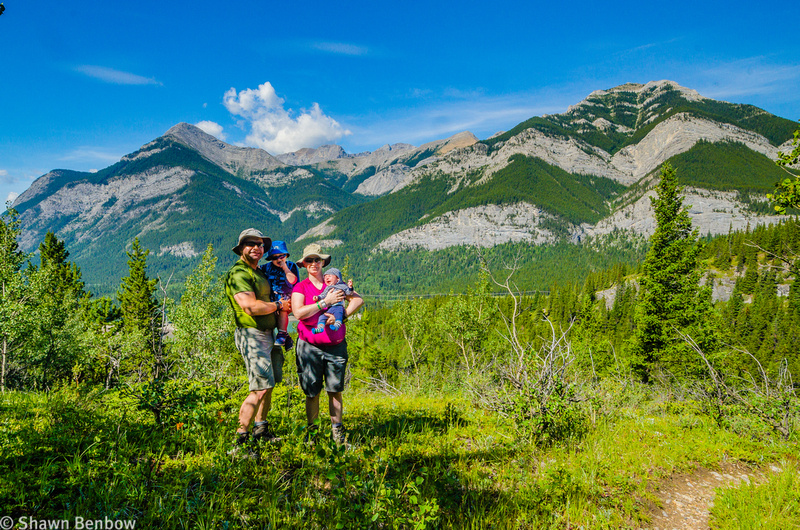 Shawn, James, Jenn, and Walter at the Barrier Lake Lookout.Mount Lorette [2469m] is the massif visible across the valley to the west.


This was Walter’s first mountain hike - he was just under two months old!

We spent the Canada Day 2016 long weekend in Canmore. It was the first overnight trip that we did after Walter was born. We drove down to Canmore in the afternoon on June 30, and took Walter and James on a couple of hikes on Canada Day.

The Barrier Lake Lookout is located along the east shore of the Barrier Lake Reservoir. The trailhead is accessed via Highway 40, about 11 kilometres south of the Highway 1 interchange. After turning onto the access road, continue to the left up the hill to the parking lot at the top. It appears that this road was part of an old highway alignment that was used before the big rock cut was made along the present Highway 40 alignment just south of the access road.

The trail begins at the south side of the parking lot with a short set of stairs. From there, it switchbacks a few times to reach the top of a small hill at the edge of the lake. There’s a decent viewpoint that looks southwest along the Kananaskis River and to Mount Lorette. A short trail segment spurs off to the north that also provides a good view of Barrier Lake and the foothills to the northeast.

James walked up the entire trail to the viewpoint. We had recently got him his first hydration backpack, so he thought it was wonderful that he could take a drink whenever he wanted - this helped distract him from the slightly boring walk through the forest. Just over two years old, James was still not confident walking up some of the steep sections of trail, so either Jenn or Shawn held his hand as we ascended, and he did remarkably well! On the way down James didn’t feel like walking so much, so Shawn ended up carrying him down most of the way on his shoulders.

Walter, being on his first hike and only about two months old, got a free ride in the Baby Björn on Shawn on the way up and on Jenn on the way down.

Our understanding is that you can follow one (or more) of the trails in this area through the forest down to the lakeshore where there is another day use area. However, we turned around after taking in the views from the top and descended the way we came up.

After taking a short break at the trailhead, we headed a bit futher south to our second hike of the day, Troll Falls (shawnbenbow.ca/trollfalls2016). 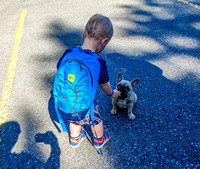 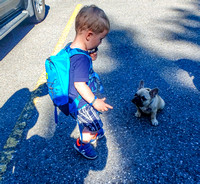