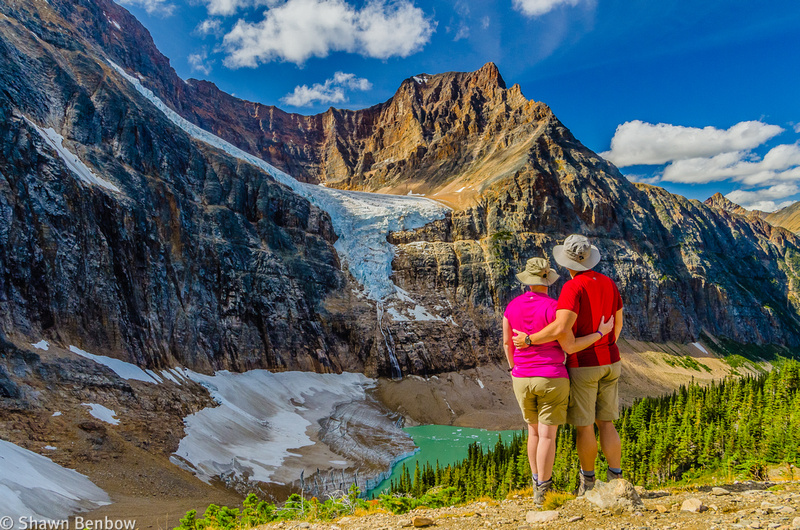 Jenn and Shawn in front of Mount Edith Cavell from Cavell Meadows.

On the Labour Day long weekend we drove west to get a couple hikes in Jasper this year. Instead of the usual long weekend backpacking trip, we decided to camp at the Wabasso front-country campground, about 16km south of the Jasper townsite. (www.​shawnbenbow.​ca/​jasper2013)

On Saturday we had a leisurely morning at the campground before heading up the Mount Edith Cavell Road to the parking lot at the end of the road. We were curious to see what the area was like, because about a year ago, a significant chunk of the Ghost Glacier fell off the side of Mount Edith Cavell into Cavell Pond. Massive amounts of water, ice, and debris flowed along the valley bottom, destroying the 'Path of the Glacier' trail, a portion of the parking lot, numerous benches and other infrastructure, including one outhouse. Thankfully this all happened at night and no people were injured through the event.

We took the trail on the left side of the valley (the old trail in at the valley bottom was decidedly gone) and quickly made our way up and over a large glacial moraine. We spent a few minutes watching some picas and marmots along the moraine before continuing further up into the meadows.

The trail basically makes a loop to three noted viewpoints. We hiked to the three viewpoints in order, taking the longer but flatter trail up and the shorter but steeper trail down. The first viewpoint is in a clearing through the trees near the trail, but does give a good view across the valley to the Angel Glacier. Just slightly higher, the second viewpoint gives a better view of Mount Edith Cavell and the Angel Glacier. However, you can't really see Cavell Pond from either of the viewpoints.

The trail rises steeply to the third viewpoint as it makes its way through the Cavell Meadows. This area is a lot steeper than a more typical mountain meadow, but the trail rises above treeline and the growth is definitely meadow-like. As the trail approaches the third viewpoint it rises to a shoulder on the east side of Mount Edith Cavell, and the vegetation gets sparse.

It was a spectacular day when we visited, and we were able to see over 50 kilometres away to the Queen Elizabeth Range (just beyond Medicine Lake), and of course the spectacular Mount Edith Cavell and it's glaciers.

On our descent we were able to watch a few young marmots climb and run around on the moraine. Two even started playing around and got into a bit of a scruff! 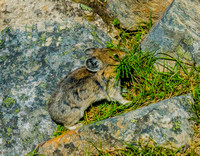 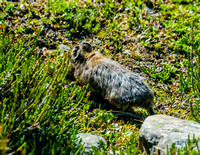 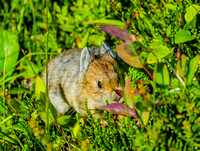