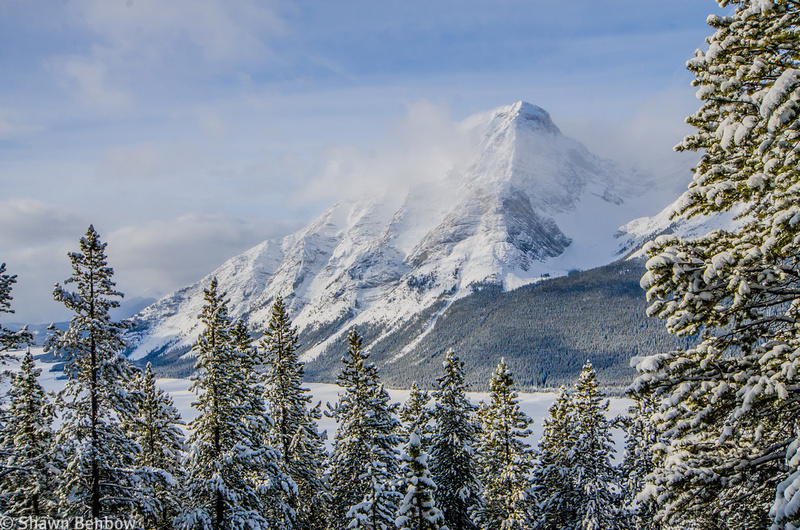 We attempted to ascend Read's Ridge, just below Read's Tower, on the southern slopes of Mount Sparrowhawk. The trail starts near the Sparrowhawk Day Use Area on Highway 742 (the Spray Lakes Road/Smith-Dorrien Trail), south of Canmore.

The trail basically goes up, non-stop about 500m over two kilometres. A couple years prior we had ascended Read's Ridge and continued on to Read's Tower in the summer. The winter trail basically follows the summer trail. However, we were both tired from a busy weekend and had to drive back to Edmonton that afternoon, so we turned around before gaining the ridge. We may have tried a bit harder to make it, but the snow was so unconsolidated and faceted that it didn't hold. Many of our steps punched through the harder crust into the sugary snow, which slid out from underneath. For every two or three steps forward, we often found ourselves sliding half that distance downward.

After starting the descent, Jenn decided to try sliding down the slope on her butt. It worked good for a while, as long as the slope was steep. However, a couple times she ended up pushing a giant mound of snow beneath her for a few metres until the slope steepened again.