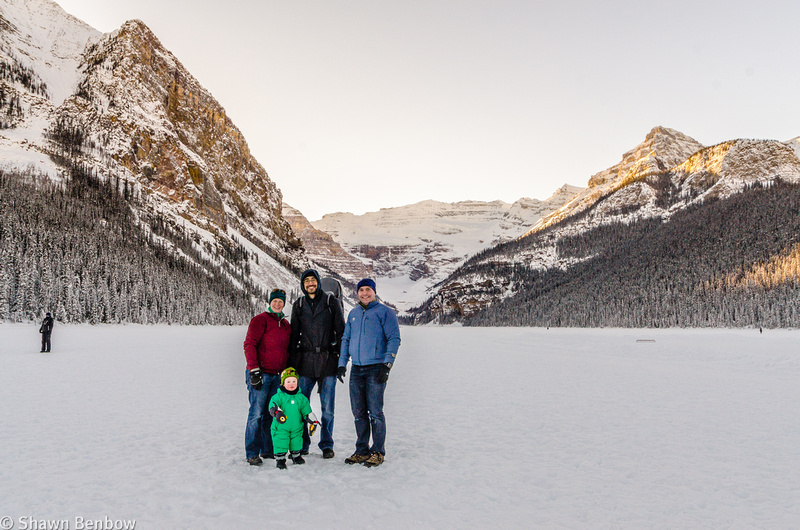 Andrew joined Shawn, Jenn, and James for a quick trip to Lake Louise. We had originally planned to go snowshoeing, but the weather was too cold. Instead, we took James to visit Lake Louise for the first time.