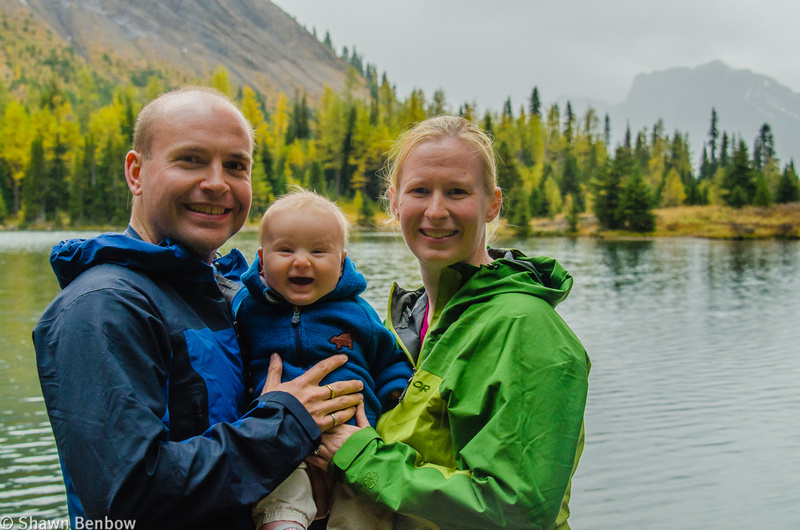 In 2014 we took our annual vacation a bit later than normal, in September. We spent a few days in Canmore before heading down to Fairmont Hot Springs in the Columbia Valley. While spending time in Canmore, we wanted to take James up to Chester Lake to see the beautiful fall colours in the mountains.

After joining the original trail, the route splits into an uphill side and a downhill side. It’s likely the trail was split to better accommodate the large number of people who travel up to the lake. It’s kind of nice not having to worry about passing people on the trail for a while. The two trails reconnect after about two kilometres, just before the trail makes a steep uphill push.

When we reached the lake, we made our way to the far side and sat down to have a snack and take some photos. It rained for a few minutes when we were at the lake, but the skies cleared up as we were heading down. James had a fun time in the mountains, enjoyed the view from his pack, and had a bit of a nap as well.