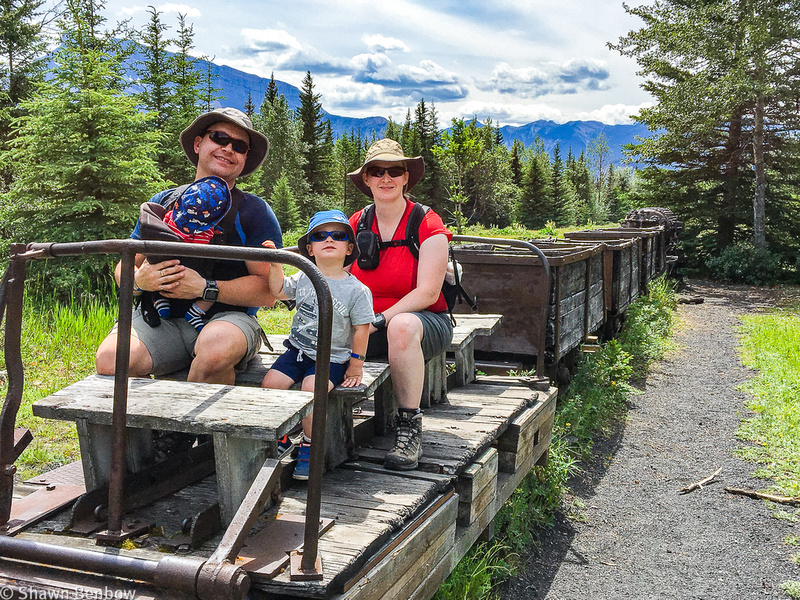 We have driven or cycled along Lake Minnewanka Drive numerous times but have never stopped at Bankhead. Looking through trail guides, we learned that there’s an old coal mining train within the ruins of the old town.

James loves trains, so we thought he would be happy to go for a hike if there was a train at the end!

From the parking lot, there is a small wooden lookout over the quite flat area below where the town once was. There are a few interpretive panels and you can just make out some old foundations and the train below. The trail begins with many steps that drop perhaps 40-50 metres down the embankment. From there, the trail is easy to follow (the trail has been covered in coal so it sort of shimmers in the sun) to the train and some other building remains. James was happy to walk down all the stairs himself, and the 800 metres or so to the train.

James had a fantastic time sitting on the train and playing in one of the coal hopper cars. Andrew, always the engineer, spent a bit of time trying to figure out how the engine worked and what all the levers did. After Andrew showed James all the levers, James was happy to push and pull the levers over and over again!

We walked several metres west and found the foundations for an old powerplant in the town. The building is no longer there, but there is quite a bit of concrete and some rebar left in the ground. There are a few other concrete foundations around the site, but we didn’t spend much time looking around because James only wanted to play at the train. 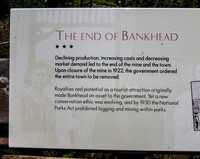 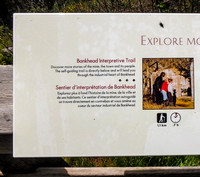